Chemistry is an interesting thing. There are those moments in time, like when you are watching some musical act on the stage, where you discover that you can’t take your eyes off the music makers before you. You are mesmerized by their presence as you can literally see the energy flowing through those before you as they produce sounds that positively affect your brain. In the case of Bay Area musicians Danny Uzilevsky and Essence Goldman, the energy you may witness between them is sizzling, palpable and truly magical. With the duo’s newest venture, Johnny & June Forever, Uzilevsky and Goldman embody the music created by Johnny Cash and June Carter Cash, but they do it in a way that is not about “doing covers” or even “paying tribute”, but about fully making the music their own by channeling the forces that Cash and Carter used themselves in performing songs.

Goldman and Uzilevsky came together when Goldman recorded her latest album in 2018 at Uzilevsky’s studio, Allegiant Records in San Anslemo, CA. A sparking fire was ignited around shared lyrics and chords, a magnetic energy acknowledged, and the two began a magical musical journey with the first notes sung in harmony. Both Goldman and Uzilevsky are incredible songwriters in their own right, but when a few Cash/Carter songs were sung, the pair knew they hit on something great and decided to embark on bringing those old school country songs to life with their project Johnny & June Forever: The Greatest Love Story Ever Sung.

With fate and luck being on their side, the duo was asked to perform and premier their act at Sweetwater Music Hall in conjunction with the Mill Valley Film Festival’s release of the documentary “The Gift: The Journey Of Johnny Cash”. The sold-out show was alive with the energy and anticipation of a crowd excited to hear many well-loved songs. The set was opened with “I Walk The Line”, just Uzilevsky singing with his strong and deep voice while playing off the amazing (and dapper) band, drummer JT John (Danny Montana & The Bar Association), bassist Joe Kyle Jr. (Koolerator, Howell Devine) and guitarist Phillip Milner (Jenny Kerr Band). Enter the beauty that is Essence Goldman, all five feet of her, with an electric smile and a high and clear voice that sends shivers up your spine. It was then that we became aware of the special vibe between the two as they locked into the songs and the band then took off without a look back into the dust. The band  fired up songs such as “Long Legged Guitar Pickin’ Man”, “Don’t Take Your Guns To Town”, the Hank Williams tune “Lovesick Blues”, “Ring Of Fire”, “It Ain’t Me Babe” as well as Loretta Lynn’s “You’re The Reason Our Kids Are Ugly”. Essence’s solo numbers  the June Carter penned “Ring Of Fire” and Carter Family classics “Keep On The Sunny Side” and “Wildwood Flower” were (insert adjective), and Jenny Kerr joining the band on banjo for “Wildwood Flower” was a unexpected highlight.

Uzilevsky and Goldman do their best to not take on the personas of Carter and Cash, but their dynamic stage presence definitely reminds us of the playfulness and enjoyment the country King & Queen had on stage during their heyday. With Goldman showcasing various vintage dresses and Uzilevsky with his slicked-back pompadour and rockabilly style, the pair invoked the force of Carter and Cash without camp and pretense. The talent that these two have honed with each of their long and expansive musical careers is apparent as they blend their own songs and styles in with their act. The whole experience of Johnny & June Forever is more than just a showplace for Carter/Cash songs; it’s a golden carriage for two incredible and shining musicians to make a mark on the musical scene in the Bay Area with panache and style. 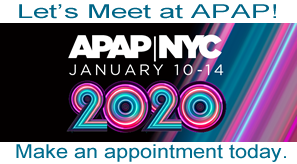