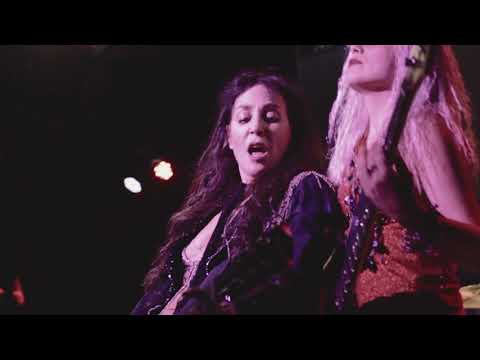 “Strapping on the double-necked Gibson with attitude to burn, this all-girl quartet pays tribute to its swaggering namesake Led Zeppelin, ripping through the catalog with blazing accuracy.” —The New York Times 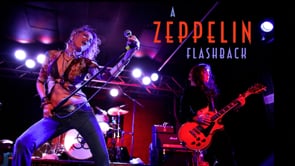 “They played the Led Zeppelin music with an extraordinary sensuality and an energy and passion that highlighted their superb musicianship.”— Jimmy Page

Founded in 2004 by New York guitarist, Steph Paynes, the all-girl quartet, LEZ ZEPPELIN, has since gained unanimous critical acclaim as one of the most exciting live acts around, becoming the first female rock act to pay homage to Led Zeppelin and to garner rave reviews across the board. LEZ ZEPPELIN stays true to the musically audacious spirit of the original, delivering the legendary rock band’s blistering arrangements and monstrous sound note-for-note at sold-out frenzied shows around the world. In June, 2013, Jimmy Page attended their show in London and said of the group, “They played the Led Zeppelin music with an extraordinary sensuality and an energy and passion that highlighted their superb musicianship.”

The thing that sets LEZ ZEPPELIN apart is the seamless and unique way they inject their gender-bending performance into the original material. They have been featured on major television including the BBC, CNN, ABC, CBS, MTV, VH-1, FOX and radio worldwide. The group’s first studio album was produced by legendary producer/engineer, Eddie Kramer (Led Zeppelin, Jimi Hendrix). The group’s second LP, Lez Zeppelin I, is an authentic re-make of Led Zeppelin’s first album, using the very same vintage equipment employed by Led in 1968. Produced by Perry A. Margouleff (Paul Rogers) and William Wittman (Cyndi Lauper), the musicianship, attention to detail and passion in the playing takes LEZ ZEPPELIN’s homage to an entirely new and unprecedented level in this industry. Both records are distributed throughout the United States, Japan and Europe.

SPIN Magazine called them “the most powerful all-female band in rock history” while the New York Times raved that “Strapping on the double-necked Gibson with attitude to burn, this all-girl quartet pays tribute to its swaggering namesake Led Zeppelin, ripping through the catalog with blazing accuracy.” Bob Stanley of The Times of London hailed, “they are the best band I’ve seen all year, no question,” and CNN.com recently ran a front page feature that called the group so “electrifying” they are “driving club audiences to a frenzy.”

For those skeptics who still dare to ask: Can four women pull off the exuberant, powerful and musically intricate performances for which Led Zeppelin are known, a LEZ ZEPPELIN show is nothing short of a revelation.

“Four women rockers who took on the music of Led Zep are driving audiences to a frenzy…the group is electrifying!”— Reuters/CNN.com

“Best Tribute Band in the World: Lez Zeppelin. The parallel universe genius of Lez Zeppelin, the sass-stacked all woman band toured the world, slayed it, and recorded an album with Led Zep’s producer Eddie Kramer. We know whom John Bonham would have been rooting for.”–The Guardian, London

“What Lez Zeppelin has done is taken their talent and wrapped it around one of the most classic of the classics, Led Zeppelin I. Their attention to sounds in the studio, energy, and playing has put them as one of the first to capture the overall vibe of the original. I have never heard it done better.”— Joe Perry, Aerosmith

“They are the Other.  The mirror image, gazing upon the fairest of all rock bands, refracting reflection into Blakean dualities of light become dark, devil or angel, good bad (but not evil).   A turnabout and ultimate turn-on.”— Lenny Kaye

“After a single listen to their music, it’s obvious Lez Zeppelin has a tremendous amount of love and respect for Rock and Roll Hall of Famer’s Led Zeppelin. Lez Zeppelin are great musicians.  And then some.”– Time Out

“Strapping on the double-necked Gibson with attitude to burn, this all-girl quartet pays tribute to its swaggering namesake Led Zeppelin, ripping through the catalogue with blazing accuracy.”– The New York Times

“Indeed, Lez Zeppelin I is no mere romp through the classic album.  Both in the studio and onstage, Lez Zeppelin channels their idols in impressively genuine fashion.”
— Guitar World

“It’s a shame when bands don’t live up to the hype, but Lez Zeppelin’s woes might only lie in said hype not being laudatory enough. From the sultry lines of the opener, “Nobody’s Fault But Mine,” it was obvious that Lez Zeppelin’s estrogen-enhanced set would not only be technically spot-on, it would bring Led Zeppelin’s music to another level.”— The Daily Iowan

“When Lez Zeppelin hits the stage, it might as well be the real thing.”— Columbia Spectator

“Lez Zeppelin absolutely owns their stage and even if credit is owed to Page, Plant, Jones and Bonham, these musicians have taken it to a new level.”— New York Examiner

“There are Led Zeppelin tribute bands. And there is Lez Zeppelin — a quartet of female musicians who rock louder and harder than their male counterparts.”  — Lehigh Valley News

TOO GOOD TO BE TRUE
All girls, all Zeppelin: when a tribute band outdoes the original – Jeff Slate, Quartz 2015