For over a quarter century, Kitaro has been an internationally recognized icon, globally acclaimed composer and musician.  He’s one of the founding architects of the New Age music category and movement.  His ongoing inspirational musical message of Peace and Love allows Kitaro to take his fans to the four corners of the globe, shining the spotlight of his musical message on audiences as he inspires fans from around the world to unite as one.

Kitaro is universally acknowledged as the founding architect of new age music.  His various sound collaborations and resonant, multi-textured compositions truly defy the constraints of any genre.  The Grammy and Golden Globe-winning Kitaro has garnered global acclaim over a more than three decade long career with a signature sound and a pioneering fusion of cultures, techniques and spheres of consciousness that are truly his own. 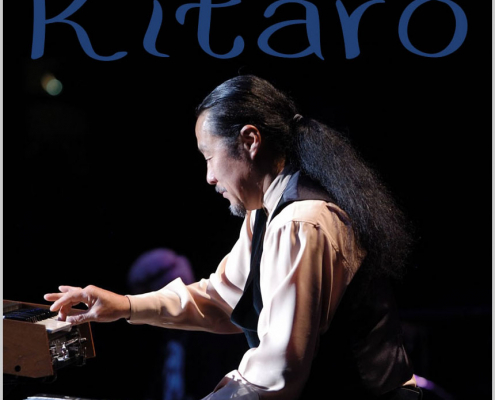